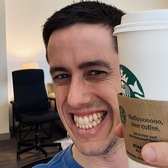 As the cost of housing, food, and gas increased over the last year, I tried to shrug them off at first. But I think we're beyond that point now. Paying close to $100 for a tank of gas (many outside the US pay more!) or $10 for sliced turkey is absurd. Nobody is getting pay raises to keep up with rising inflation or what some might call currency debasement.

I've been cutting back a lot over the past six months (full-on college Top Ramen mode). Why? Besides things costing more, now is also, ironically, the best time to invest. It's anyone's guess on how far or bad things will get. That's why I continue to dollar-cost-average (DCA) into stocks, Bitcoin, etc. Put it this way, if things don't go back up (which they always do), we're at an end of the world situation, so it doesn't matter anyway.

And while it might be a great opportunity, it's never fun watching things go down or bleed. But I'm not about to try and time this market, it's about "time in the market."

With that being said, I think a lot of us probably feel like this in the morning after checking the markets.👇

GenerateBlocks 1.5 is finally here! I'm more excited about this update than anything else in the WordPress space this year. Why? Because it contains dynamic data, query loops, and inline background images. I've used the WP Show Posts plugin for years, and now I can ditch this and do everything with GenerateBlocks. Make sure to also check out the new pattern library!

Version 1.9.2 (rolled out middle of June) was a massive update for our Perfmatters plugin. Thanks to all the feedback we got from customers, we've been able to make many reliability improvements and get some annoying bugs squashed. Our Unused CSS feature is also now officially out of beta.

I'm regularly working with clients needing to add filters or snippets of code to their sites. I decided it was time to write a quick tutorial on how to add custom PHP to your WordPress site (the easy way). Check it out.

If you're ever in the Scottsdale, AZ area, hit me up, and we can grab a coffee! ☕️👋